A History of Outstanding Managed Services

Apogee IT Services (AITS) was working with an existing nonprofit client in the healthcare field who was looking to streamline their costs to fall into their operational budget, rather than maintaining a large yearly capital budget. 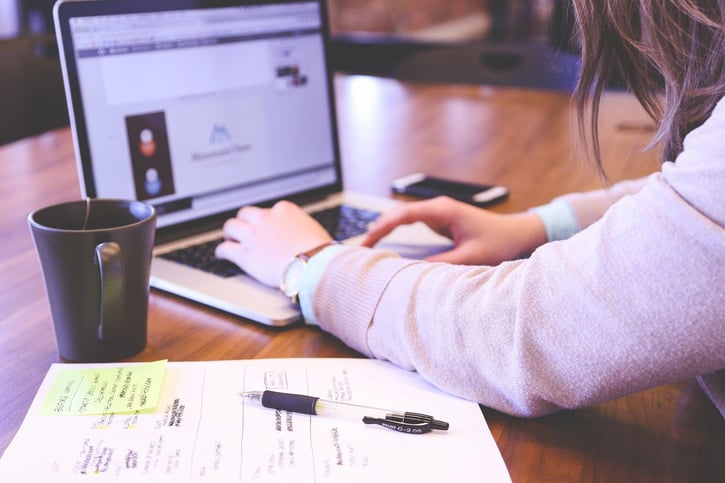 “Having Apogee as a true IT Partner – as if they were an on-staff IT team – and actively participating in the relationship made this implementation more productive and successful.”

Challenge: Used too many platforms for communication and file management – and by doing this implementation while in mandatory remote work situation

Solution: Migrate Users to Office 365, including Teams and Sharepoint

Benefits/Results: Improved Communication and Document Sharing across the organization

T1D and Apogee partnered in order to identify and solve for the T1D’s issue of disparate communication practices. They also recognized that file storage and sharing was happening across multiple platforms, causing confusion and inconsistency. Working together, they identified the goal to get as much in the cloud as possible and consolidate software to Office 365, Teams and Sharepoint, therefore eliminating the use of Google Drive, Slack and other platforms.

While the teams were working together, another more global challenge came up, COVID19, and the requirement for the 30 team members to suddenly be working 100% remote. The team had a plan to get this project done prior to the health crisis, so in June, despite concerns about the ability to have a smooth transition with a fully remote project, they felt they needed the transition to the cloud more than ever.

“There was fear and we had a conversation about a go or no go. The no go discussion was around whether we could orchestrate this when everybody was at their own home and what would be some of the hiccups of that? But that reality ended up being that it would have probably been 6 or 7 of them that had remote logins. I think knowing that we could do it for 6 people convinced us that we could do it for 30”.

Methods that lead to success:

When reflecting on the migration and the practices that made it successful, Rebecca pointed to the planning and precise communications that went out to the team which left very little questions as to what was going to happen each day and what each team member needed to do. The communications which went to the team included checklists and expectations for each day so that each team member knew what they needed to do personally as well as had an understanding as to what was going on overall.

Rebecca also pointed to the fact that the remote work environment may have actually been a benefit as it forced all of them to be more digital, meaning that with everyone working remotely there was a greater need for the ability to communicate efficiently and share information more easily. The results have been positive. The migration went off with very few issues, which were solved rapidly.

In the 8 or so weeks since the migration, about 70% of the organization is using MS Teams regularly – including chat and the video meetings – creating a much more consistent environment. Team members are utilizing Sharepoint and there is less confusion as to where to find documents. Using Sharepoint has also provided some benefit when bringing on new team members because most have been familiar with the platform and it is easy to give them access to it and have them be comfortable and able to on board quickly.

Another contributor to the success of the migration was the relationship between Apogee and T1D. Creating a true partnership with the Apogee team, as if they were T1D’s IT team, not just a vendor, was a key to the success of the project. The teams worked together to create a more structured relationship and recognized the need for organizational decision making in order to have it all work. This partnership helped the Apogee team to better understand the needs of all of the users and ensure that the solution would meet those needs.

“I think it was really something we had been talking about and we had been planning to do this and wanted to stick to the plan. We have not really been less busy. You are never going to get that perfect time, and something could happen in 6 months that we don’tpredict, and we have to do this. I think we figured out a different way of doing it and It was down to planning and prompt and maybe a few more very specific communications with explicit instructions that allowed us to have an efficient upgrade.”

They were back up and running that same day.

They have been Apogee clients for 20+ years.

No More Headaches With Vendors

A dental client uses specialized x-ray equipment and cameras, and was concerned about expertise supporting these technologies.

When an issue arose, Apogee referred to the documentation to contact the device support vendor in India, spent 1.5 hours on the phone with them, and documented the entire situation on behalf of the client. So now any time the camera doesn’t sync correctly, Apogee fixes the issue within 10 minutes. The client has been with Apogee for 6 years.

When Switching to Managed Services Makes All the Difference

Prior to switching to Apogee, this manufacturing company used a single individual who provided IT services while onsite three or more days a week. While using that person, they lost a significant amount of data; downtime occurred regularly; and their costs increased significantly year over year.

After moving to the managed services model and going with Apogee, they have never lost data and have enhanced backup features. Downtime is rare and is measured in minutes, not hours. And annual costs are well below what our client used to pay.

They've shared that Apogee IT Services has “an incredible team of talented professionals servicing their clients as though we are family.”

Going Above & Beyond to Save the Day

A partner was heading out of town for a business trip. His laptop was experiencing some power and functionality issues. We checked our stock inventory, procured a temporary replacement laptop, configured and reimaged that machine, and shipped it to the hotel where he was staying. When he arrived at his hotel a few hours later, the laptop was in his room waiting for him.

Talk with an IT Expert